Going off grid: The future of electricity generation?

As the National Grid continues to creak under increasing demands for electricity, Jason Yates of Riello UPS explores whether it’s time businesses go it alone and put their power generation needs in their own hands.

With the much-heralded – and much-delayed – Hinkley Point nuclear power plant still years away from full functionality, our nation’s growing energy needs are dependent on network infrastructure dogged by decades of underinvestment.

Along with an increased emphasis on renewables, demand side response (DSR) is one of the principal methods the National Grid employs to try and maintain the tricky balance between increasing demand and limited supply.

Under DSR, organisations are incentivised to shift energy use from peak to off-peak times, offsetting the nation’s power requirements in real-time without the need for additional electricity generation.

And thanks to recent developments in lithium-ion (li-ion) battery technology, which have significantly reduced their costs, businesses can also store energy and either use it as a cheaper alternative to mains supply or sell any surplus back to the National Grid.

Whether it’s from small-scale renewables like solar or wind, energy-intensive factories with sizeable on-site combined heat and power plants, or businesses using the batteries in their uninterruptible power supply (UPS) backup, this kind of dynamic storage will play an increasingly important part in our move towards a more flexible, low-carbon energy mix.

The Government argues broadening participation in DSR by 5% could save consumers £500 million a year. And if just 5% of peak demand is met from demand side response, it’d be the equivalent of building a new nuclear power station – without the eye-watering cost or lengthy construction period!

While last December, a joint-report from the Renewable Energy Association and All-Party Parliamentary Group on Energy Storage predicts UK battery storage will top 8 GW by 2021, up from just over 60 MW of existing capacity. 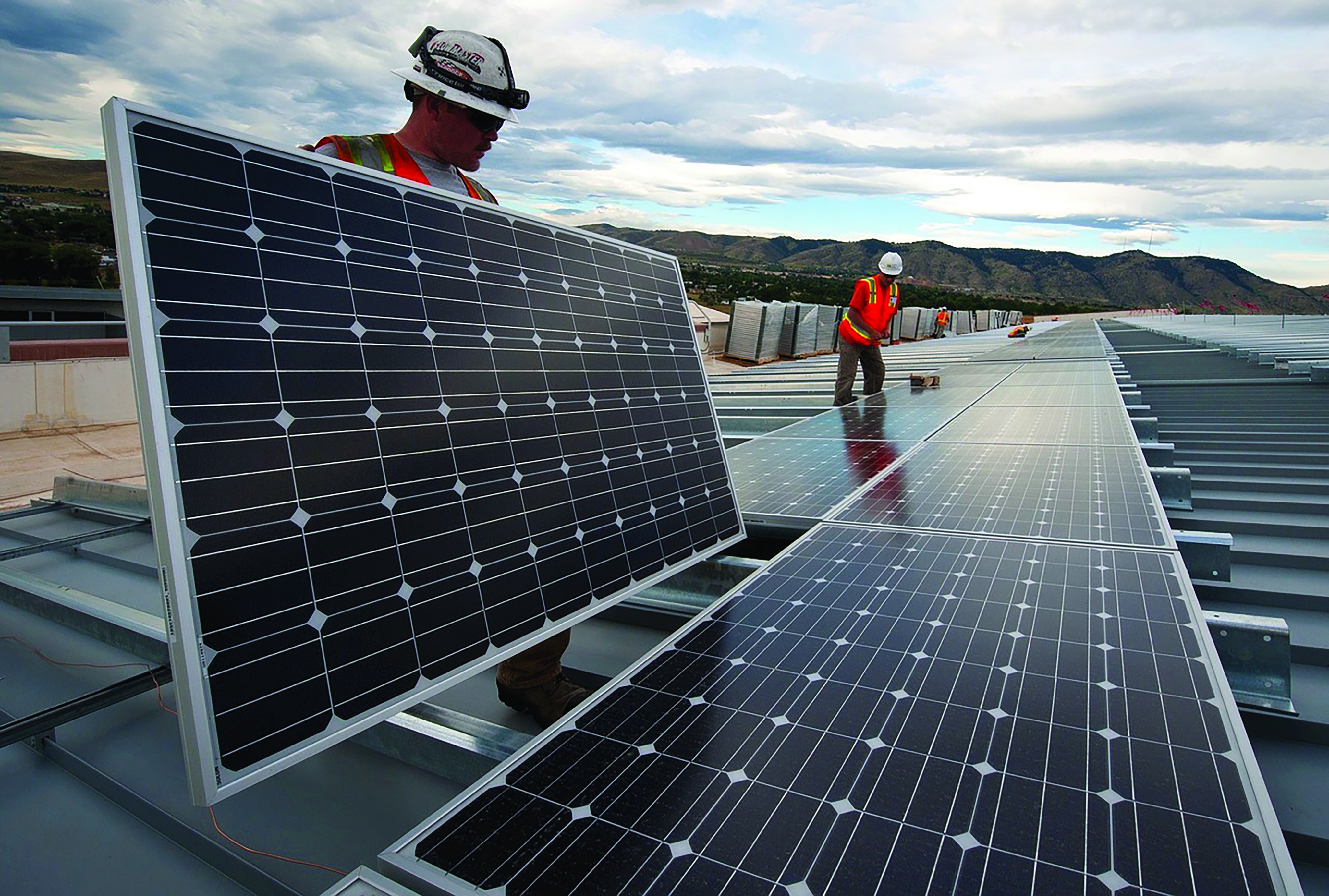 Increased use of renewables such as solar can give businesses greater control over their electricity supply while offering other economic and environmental benefits.

For all the progress made in recent years, however, demand side response certainly isn’t seen by all sectors as the all-conquering saviour some claim it to be. Many mission-critical businesses such as data centres – with the backup power provided by generators and UPSs that make them seemingly a natural fit for DSR – are yet to be convinced of the benefits.

For these organisations, 100% uptime is the overriding priority. And to them, demand side response adds an unwelcome layer of risk.

Will participating in DSR compromise their overall resilience when they need it the most? Are the commercial incentives on offer attractive enough to make it worth their while? And even if the financial rewards are there, is it worth giving up a crucial element of control to an outside third-party in the form of the National Grid or a DSR aggregator?

An Alternative Route – Going It Alone

So, is there another – more radical – option for organisations keen to capitalise on the potential of battery storage without remaining a slave to the National Grid?

Rather than working in uneasy partnership with the network, why not remove that link completely and go it alone, at least when it comes to power generation?

While the term ‘going off grid’ immediately conjures up images of somewhat idealistic lifestyle choices and escaping the stresses of
the modern world, when it comes to electricity it can actually make hard-headed business sense, certainly for institutions with substantial annual energy bills.

Rather than tying their future success – and security of supply and predictability of prices – to a complex and cumbersome national network, firms could opt instead for on-site generation over grid-supplied power, using a mix of renewables and energy stored in batteries.

Indeed, there’s already more than 4 GW of power stored in the batteries of UPS systems across the UK. Because li-ion batteries take up less than half the space of traditional sealed lead-acid versions, that means significantly more blocks can be installed. So you’ll have the capacity to store energy and operate off grid, but still have sufficient autonomy for emergency backup in case of system failure, giving you the best of both worlds.

Such ‘behind the meter’ generation and storage safeguards a business against sudden wholesale price rises or increases in network costs. It also eliminates the possibility of damaging mains power outages or disruptions, guaranteeing mission-critical organisations the all-important secure power to keep their
servers, equipment, and production lines running at all times.

In addition, going off grid reduces both energy bills and carbon emissions, while it could even attract more ethically-minded customers away from competitors. It also helps businesses stay ahead of the curve by future-proofing against increasingly stringent environmental regulations and legislation.

And while off grid electricity focuses predominantly on on-site generation, there’s still the possibility for firms to contribute to DSR by selling their surplus back to the National Grid, a valuable potential revenue stream. 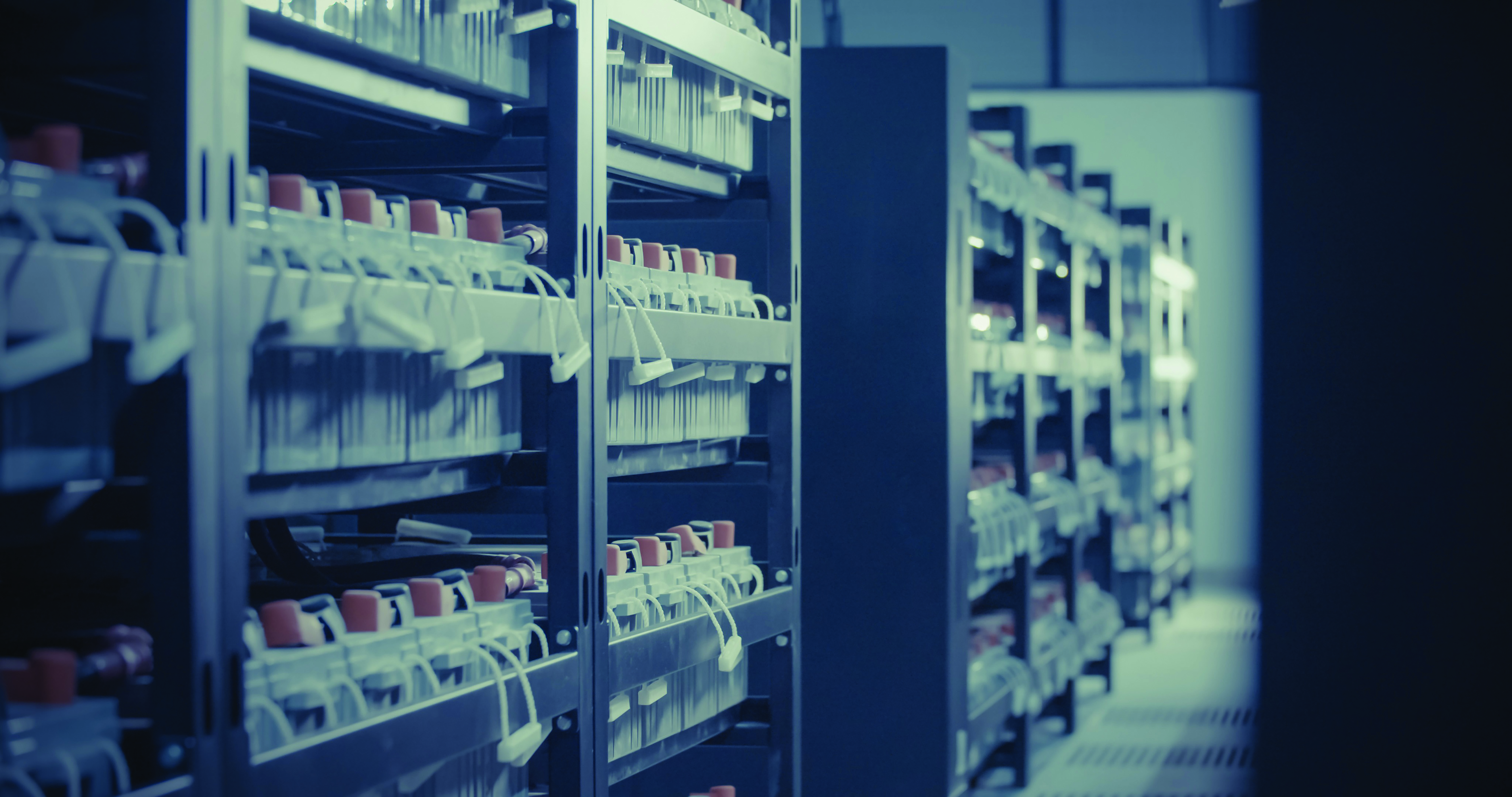 Advances in UPS battery technology mean space-eating sealed lead-acid versions (pictured) aren't the only option, opening up opportunities for businesses to go 'behind the meter'.

Powering Into The Future

At present, the choice to go it alone is only really practical for facilities that consume huge amounts of energy.

Even so, according to energy market analysts Cornwall Insight there are more than 8,000 UK businesses that currently spend more than £1 million on electricity per year. Thousands more have annual bills topping £500,000, a figure more than high enough to consider making the move.

As the costs of large-scale li-ion battery systems continue to fall in years to come, the opportunities to go off grid will continue to rise, whether that’s in data centres, utilities and factories, through to the agricultural sector or telecoms firms operating thousands of mobile phone masts.

And with the Government’s National Infrastructure Commission banking on up to 15 GWh of battery storage being deployed across the UK by 2030, it’ll soon be a very different type of electricity grid keeping our lights on.

Riello UPS Ltd is a leader in the manufacture of uninterruptible power supplies (UPS) and standby power systems which combine engineering excellence with quality performance and energy efficiency, enabling reliable power for a sustainable world. The company is part of the Riello Elettronica group which has offices in 80 countries. Learn more: www.riello-ups.co.uk

Sponsored: A design guide for the future

What Does The Future Of EV Adoption Look Like?

Could AI protect renewable energy sources on the grid?