Pepper the humanoid robot is the first robot to appear at a UK parliamentary meeting, speaking before the Education Committee about the future of artificial intelligence (AI) in the classroom.

The House of Commons Education Select Committee is exploring the impact technologies such as AI and robotics will have on education, examining the “fourth industrial revolution”, which refers to technological developments in several fields.

When wheeled into the room, Robert Halfon, the chair of the committee, welcomed the panel and joked: “This is not the House of Commons education committee auditioning for the sequel to ‘The Matrix’.”

Introducing itself, Pepper bowed before saying: “Good morning, chair. Thank you for inviting me to give evidence today,” as shown in the video below. “My name is Pepper and I am a resident robot at Middlesex University.”

Launched in the UK in 2016, Pepper is a semi-humanoid robot manufactured by Japan-based robotics company SoftBank Robotics, designed with the ability to read emotions.

This particular Pepper robot is based at Middlesex University, working with students and appearing at STEM events. It is also part of a three-year international research project called Caresses, which is developing the world’s first culturally aware robots aimed at assisting with care for older people.

During the meeting, Committee member James Frith asked the robot what role humans have in the fourth industrial revolution.

Pepper replied: “Robots will have an important role to play, but we will always need the soft skills that are unique to humans to sense, make and drive value from technology. As technologies fuse and are used in ways that were not envisaged before, a new way of thinking is needed by tomorrow's workers.

“We will need people who can spot ideas and think across traditional sector divides to drive value from technological innovation.”

Standing as it gave evidence, Pepper’s arms and head moved while it gave pre-programmed answers to questions which had been submitted in advance.

It also told MPs that students at Middlesex have programmed its interfaces to work with primary school children, including those with special needs, to develop their skills. 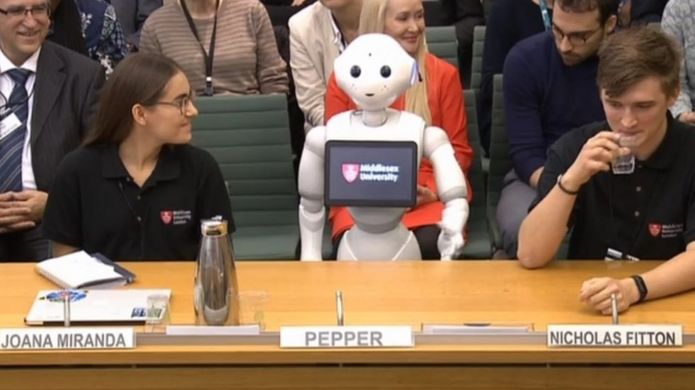 Speaking in high-pitched yet clear tones, the humanoid said: “At Middlesex University I work closely on projects with final year students from robotics, psychology, biomedicine and education.

“Students program me to engage with audiences and a range of environments and social settings, for example Joanna and I are working together to adapt my interfaces to work with primary school children with or without special needs, to develop their numeracy skills.”

At the end of the robot’s evidence, Robert Halfon led a round of applause, with Tory MP Lucy Allan saying: “First of all, Pepper, I just want say you’re better than some of the ministers we have had before us.” 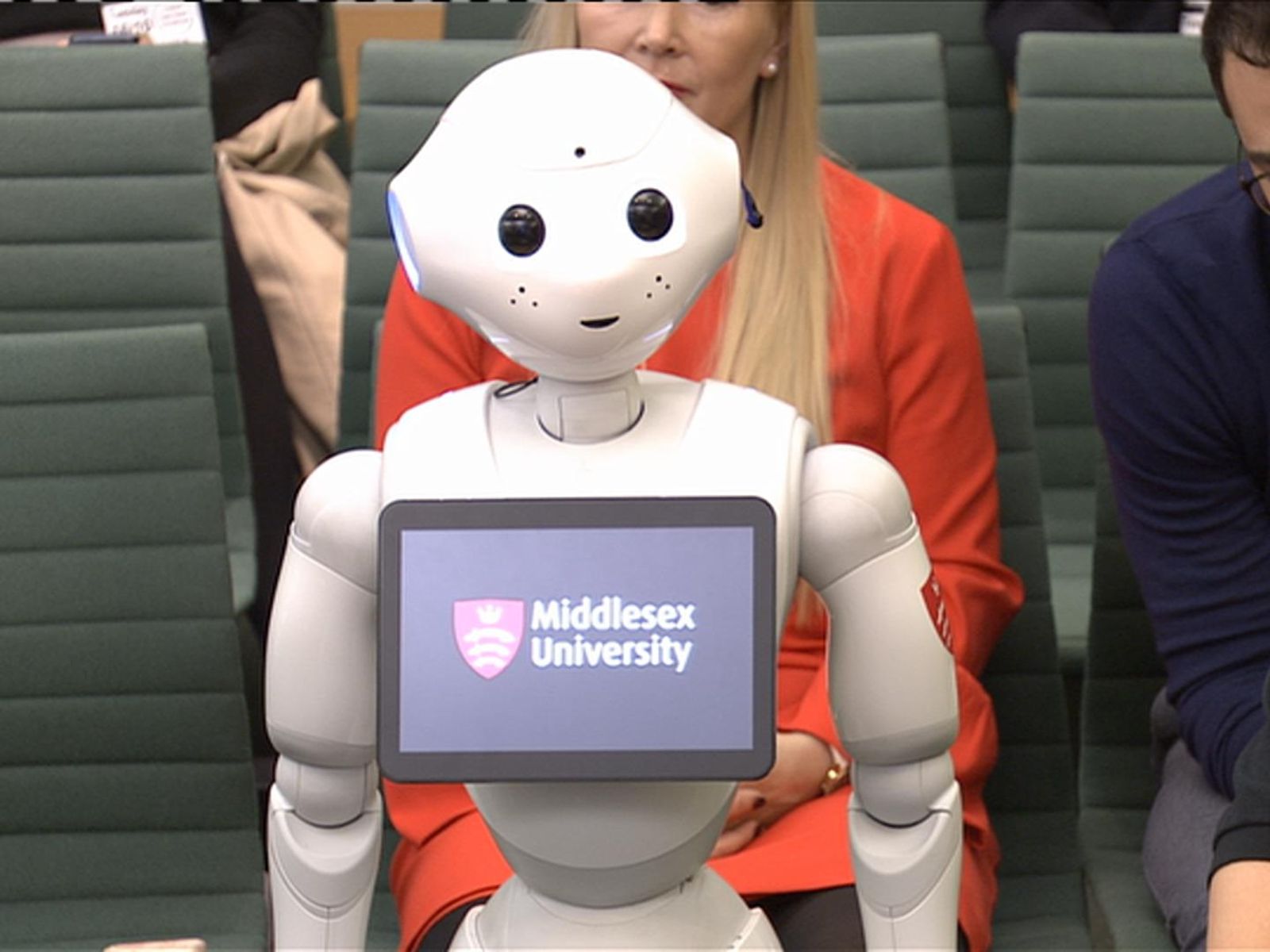 However, there was some criticism surrounding Pepper representing the AI community in parliament, with Oxford University computer scientist Professor Michael Woolbridge commenting that the appearance was an “embarrassing gimmick”.

This July, researchers based at Cornell University developed a prototype robot capable of expressing its feelings by changing its texture, much like octopuses.

London needs to charge drivers by the mile to cut emissions, says mayor

Personal chips get under your skin

Power dressing: exoskeletons on the job

The eccentric engineer: the truly heroic story of Wrong-Way Corrigan